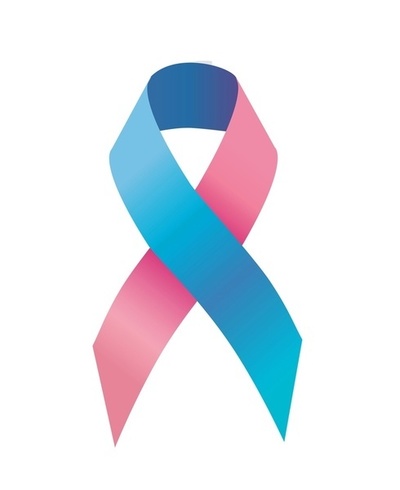 October is Baby Loss Month and today we mark the end of Baby Loss Awareness Week, a week in which all those babies lost, and their parents, are remembered. Tonight, we will be joining in the Wave of Light by lighting a candle in their memory.

‘A person’s a person,
No matter how small’

As some of you may be aware, October is the Pregnancy and Baby Loss month. This was first designated by President Ronald Reagan of the United States of America on October 25th, 1988. In doing so President Reagan said:

‘When a child loses his parent, they are called an orphan.
When a spouse loses her or his partner, they are called a widow or widower.
When parents lose their child, there isn’t a word to describe them.
This month recognizes the loss so many parents experience across the United States and around the world.
It is also meant to inform and provide resources for parents who have lost children due to miscarriage, ectopic pregnancy, molar pregnancy, stillbirths, birth defects, SIDS, and other causes.

Now, therefore, I, Ronald Reagan, President of the United States of America, do hereby proclaim the month of October as Pregnancy and Infant Loss Awareness Month.
I call upon the people of the United States to observe this month with appropriate programs, ceremonies, and activities.’

With this one speech, Ronald Reagan has summed up what was clearly an issue before he stepped in. There still isn’t a word to describe a parent who has lost their child, but at least they are now remembered and this is marked each year thanks to a President who saw this as an issue he could help with.

Within the designated Pregnancy and Infant Loss Awareness month, one week is dedicated to the cause; this is always from the 9th to the 15th of October. This week provides different opportunities for different groups of people. In regard to bereaved parents, it allows them to come together with others across the globe to commemorate and remember their babies’ lives. It also allows those who have been affected by the loss of a baby, charities and other organisations the opportunity to raise awareness about pregnancy and baby loss in the UK. It also allows charities, other supporters and other organisations the opportunity to drive improvements in the bereavement care and support available for those affected by this tragic event in their lives.

In the UK alone, over 60 charities come together and collaborate during baby loss week.

In the UK alone it is estimated that 1 in 4 pregnancies ends in loss during pregnancy or birth each year, to give this statistic some context, each year there are around 60,000 babies born. Not only this but also, every day in the UK 9 babies are stillborn.

Even with this level from loss, there is an enormous taboo in openly discussing experiences of baby loss and that of the actual child who has been lost. This National Pregnancy and Infant Loss Awareness Day why don’t we change that taboo and get openly talking, and supporting those who have lost a loved one too soon.

It is vitally important, not just throughout the month of October, that all parents who have lost a child, baby or infant are remembered and also supported as and when they need someone to be there for them.

There is no greater loss than that of a loved one, especially one so young.

On the 10th of October, The Independent newspaper published an article in which they discussed this subject and also named 20 famous faces who have opened up about their experience. We thank The Independent for this and have replicated their list for you here:

As you can see, a wide range of famous faces have opened up publicly about their experiences of the loss of a baby/miscarriage on their social media accounts, raising awareness of the issue but still the taboo surrounds discussing experiences. This last week has helped the many charities across the UK to raise the awareness of the subject, as well as The Independent newspaper publishing an article each day dedicated to the subject of the loss of a baby or child.

The grief and pain that comes with the loss of a baby can have long-lasting and damaging effects on the woman, her partner and extended family. It can be helpful for these parents, and the wider family, to realise and to see that they are not alone. That is why the 20 famous faces listed above have helped others by sharing their experiences although it would have been painful for them to do so.

How Is Pregnancy and Infant Loss Month marked and celebrated?

There are a number of ways that this important event is marked. One of the easiest ways that the important cause can be marked is by wearing the ribbon or badge. These are available to buy at several of the charities that specialise in the area. The badge consists of 2 different colour ribbons, 1 blue and 1 pink, as shown below; this can be bought in either ribbon or metal badge version.

During the designated week, the 9th to the 15th of October, buildings have been lit up in soft pink and baby blue across the UK. Across the week in 2017, 71 buildings lit up in the corresponding colours, this number increased in 2018 to 180 buildings, we wait to see how many buildings in 2019 were lit up. The ideal period of time for the buildings to be lit in the colours is for the whole week, but if this couldn’t be managed then the idea would be for the buildings to light up for the wave of light. Baby Loss Awareness has provided some ideas should you want to light your house up in pink and blue, you can see their video by clicking on the link below:

Lighting your house up in pink and blue

In our local area in recent years, Greenbridge roundabout in Swindon was lit up as was the Civic Centre in Trowbridge. Already publicised as lighting up throughout this last week are several buildings in Bristol which include:

‘We hope turning some of Bristol’s iconic buildings and landmarks pink and blue will spark conversations about baby loss and give local bereaved parents and families an opportunity to talk about their precious babies.‘

The other way that children taken too soon are remembered is the International Wave of Light. The International Wave of Light takes place at 7pm in the local time zone, at this time people light a candle in their homes, organisations or community groups in memory of all the babies, infants and children taken too soon. It usually lasts an hour, but obviously the candle can be burnt longer should you like. It is such a simple idea but can mean so much. It is then asked if a photo of the candle (or any candle picture) can be shared on social media feeds to send the candle burning around the world. The hashtag that should be used so that the candles can be seen is #WaveofLight.

How can you support parents who have lost a baby, infant or child too soon?

We are aware that we have already looked at this in an earlier article this year, back in May. We are including the advice here once again.

The Lullaby Trust has compiled a list that may be helpful, however is not a to-do list, and it is important to remember that each individual situation is different. The Lullaby Trust has put together some guidance on how to support a bereaved parent; we use their guidance with thanks to them:

Allow the bereaved person to express whatever he or she is feeling, even if these feelings seem intense and frightening.

There is no footprint so small It doesn’t leave An imprint on this world.

Where to go for help

Should you have been affected by any of the issues raised in this article you can contact any of the 60+ charities who come together for this week as follows:

For links to the following charities please visit https://babyloss-awareness.org/organisations/

There is no greater loss than that of a loved one, especially one so young
Dedicated to the memory of all those
Taken too soon
And their families.