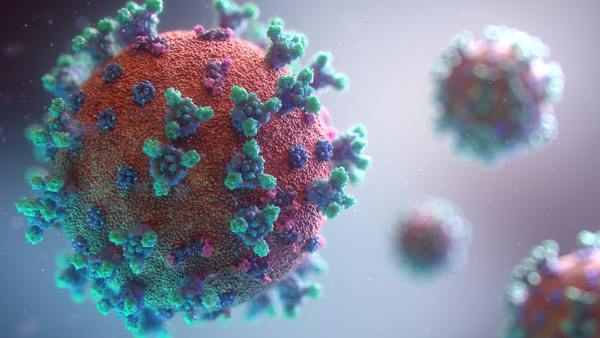 This month, we thought we would take a look at the topical illness of the time and examine the Coronavirus.

The virus causing Coronavirus is called Covid-19. This particular virus is a part of the family of coronavirus that has not been experienced before. It is not the same as the coronaviruses that circulate among humans that causes mild illnesses like the common cold. This particular strain was first identified in Wuhan Province, China in 2019. As we explore this virus, the number of people affected is still on the rise, and the mortality rate is at 1%.

Initially the thought process of the scientists was that the virus was caused by snakes, many experts have ruled this out and are now suspecting bats as the probable cause. According to the World Health Organisation there is evidence that demonstrates a link between this and other strains of coronavirus that have circulated in bats, some 500 coronaviruses have been identified in bats in China. However, they say that the cause of the original exposure is unclear. They say that bats are rare in markets in China, more likely to be hunted and sold to restaurants as food. The World Health Organisation says that the most common hypothesis is that an intermediary host animal has played a role in transmission. This statement from the World Health Organisation suggests that they are still looking for the species that started the transmission of this virus.

What are the signs and symptoms of Covid-19?

The main symptoms of Covid-19 are:

The signs and symptoms can also include flu-type symptoms as well as those above. In some people it can progress to organ failure and death.

The UK Chief Medical Officer has raised the risk to the public from low to moderate, but the risk to individuals remains low. Anyone who has been in close contact with someone with coronavirus is currently being contacted by medical professionals.

Covid-19 in the News

On the 31st of January, a plane carrying 110 EU nationals left Wuhan heading initially for the RAF base at Brize Norton, UK. 83 of the passengers were Britons. All passengers were assessed prior to take-off and during the flight with none showing signs of the virus. Once they had landed the 83 Britons were escorted to a quarantine facility at Arrowe Park Hospital on the Wirral. The 27 remaining EU nationals were flown to Spain. There was meant to be another 150 Britons on the plane out of Wuhan, however there were issues preventing this from happening as follows:

Even though the plane was delayed, the ban was lifted too late for people to reach the airport to board and get flown back to the UK.

The evacuation of UK nationals continued. On the 2nd February 11 Britons left the Wuhan Province on a French flight, joining the other 83 in quarantine at Arrowe Park. A further 8 UK nationals and their families left on a New Zealand flight on the 4th February.

The UK chartered a final plane on the 9th to bring home further UK nationals.

Those who returned to the UK were to be quarantined for 14 days, the incubation period for the virus, at Arrowe Park Hospital in the Wirral.

During a cruise off the coast of Japan, The Diamond Princess was quarantined with all members of the ship in lockdown in their cabins. The whole ship of 3,700 passengers and crew were expected to be quarantined for the 14-day period in the port of Yokohama, due to 10 passengers who had been diagnosed with the virus on the 4th February.

This means that The Diamond Princess has more victims of the virus than anywhere else outside of China!

Last week, 2 events were postponed, the first on Wednesday was the postponement of the upcoming Chinese Formula 1 Grand Prix. It was thought that bringing in the large number of fans, teams, and drivers was a risk to them and the surrounding area with the virus being abundant in China. It is hoped that the race can be rearranged later in the Championship year.

Another event cancelled last week was the Mobile World Congress, again due to the virus, even though the event is held in Barcelona. The event is the place where the latest models of mobile technology are launched and showcased, with million-pound deals done. This will not be the case this year. Among the contributors to withdraw to force the cancellation include:

Is there a vaccine for Covid-19?

Currently there is no vaccination for the Covid-19 virus.

How to avoid catching Covid-19

Whilst there is no vaccine for the virus, there are things that you can do that can help to prevent the spread of this and other viruses. In honesty, the steps you can take are basic good hygiene steps, but we have detailed them below:

You should avoid touching your eyes, nose and mouth if you do not have clean hands.

You should contact 111 for advice if you have been:

You should not go to the hospital or your GP and should contact 111 for advice and guidance.

As of February 14th, the statistics are as follows:

We hope that you have a better understanding of Covid-19
and that you are able to stay safe.

Thanks to the NHS and The World Health Organisation for facts and statistics included in this month’s article.