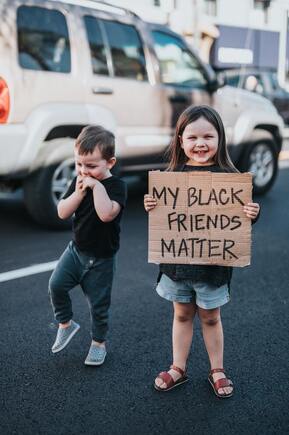 After 4 weeks that should have brought a nation together, sadly we are back looking at a subject we last considered in February this year. This is in the aftermath of the online racist abuse of 3 England football players.

Firstly, lets take a look over the last 4 weeks in the football world, that brought the nation of England together in the hope and anticipation that after 55 years, football was coming home. Sadly, we now know that in terms of a trophy football was not coming home, but the games definitely did, and not just for 1 Home Nation, Scotland were lucky enough to host all but 1 of their group stage games. Sadly, for Scotland the group stages saw them exit the UEFA European Championships after 2 defeats and a draw.

It was a little better for Wales who got out of their group before coming up against the Danish, who were in their own way having a tournament that began to look like it was their year, excluding the events of their first match and the incident with Christian Eriksen, as we discussed last month. Denmark beat Wales by 4 goals to nil, eliminating the second of the 3 Home Nations that qualified for the finals.

That of course left England, who after 55 years of waiting and hurt of their fans, they managed to get all the way to a penalty shootout in the final of the competition. The dreaded penalties saw off the English, who lost to Italy, and this is where our focus of this month’s article begins.

During the penalty shootout 3 English players missed their kicks from the spot. All three players happened to be black, and this is where the problem begins. Before we go further, we need to just highlight the courage that these lads took in the first place to stand up and be counted by volunteering to take a spot kick in the first place.

For some people, some of whom would call themselves fans, this was enough of a reason to racial abuse the players from the comfort of their own home and from behind a screen. In addition to the de-facing of a mural depicting 1 of the players in his hometown. The 3 players who missed their penalties were:

Response to the abuse

The response to the abuse on the whole has been a positive response, with people calling out the abhorrent abuse, and acting in a way which shows that racial abuse is not in their name.

Many people across social media have added a frame to their profile picture, showing that they stand with the 3 players, and that they are against racism. Up in Manchester, where Marcus Rashford’s mural had been defaced, the people of Manchester came out and covered the wall with messages of support for the player. 1 such letter was written by a child, who described Rashford as a hero.

Immediately the Home Secretary, Priti Patel MP, who herself has been racially abused online condemned the abuse as unacceptable. She however came under fire for her condemnation due to her response the players taking the knee throughout the tournament. On the subject of taking the knee The Home Secretary accused the players on the 14th of June of performing ‘gesture politics’. She went further in her comments to say that she ‘didn’t support people participating in that kind of gesture’ and on the subject of fans booing the team for taking the knee she said, ‘well that’s a choice for them frankly.’

Why were the players taking the knee?

The England football players through their manager, Gareth Southgate in an open letter said that:

‘It’s their duty to continue to interact with the public on matters
such as equality, inclusivity and racial injustice,
while using the power of their voices to help
put debates on the table, raise awareness and educate.’

They also stressed that their taking of the knee was not linked to a political message, but more about demonstrating their stance of support for those who are abused and in the fight against racial injustice.

Following the abuse that was suffered by the 3 players after the final, Priti Patel MP tweeted that she was ‘disgusted’ by the abuse. However, her words were criticised by England player Tyrone Mings, who tweeted:

‘You don’t get to stoke the fire at the beginning of the tournament
by labelling our anti-racism message as
‘Gesture Politics’
and then pretend to be disgusted
when the very thing we’re campaigning against, happens.’

Tyrone in his tweet has a point, and a message that we should all consider, which is that there should be some thought into the words used, particularly as there is a chance that those words can later be seen to be hypocritical or contradictory.

What is the response of the Prime Minister?

Prime Minister, Boris Johnson also condemned the abuse of the players. He went on to make comments in the House of Commons in which he announced that any who is found guilty of racist abuse online of footballers, those people will be banned from attending the matches, no ifs, no buts, no excuses. In his response to the statement by the Prime Minister, Sir Kier Starmer, Leader of the Opposition, accused the PM of giving racism the ‘green light’ and trying to stoke a ‘culture war’ over his response to the players taking the knee in order to protest against racial injustice.

It was announced on Tuesday (13th July) that Boris Johnson had a meeting that evening with representatives of Facebook, Twitter, TikTok, Snapchat and Instagram, to discuss the issue of abuse on the platforms. It is said that this meeting had been in the diary for a long time, but the speed at which it was announced as the pressure and noise around issue grew, does ask a few questions as to whether it really was in the diary.

Following the meeting the PM stated he:

‘Made it absolutely clear to them that we will legislate
to address this problem in the Online Harms Bill,
Unless they get hate and racism off their platforms
they will face fines amounting to 10% of their global revenues.’

Strong words from the Prime Minister, however in order to stop this abuse the UK needs action.

We want to make it clear, that we stand shoulder to shoulder with Marcus, Jadon and Bukayo following the abuse that they have received, and that abuse is not in our name.

It is time to end racial abuse –
Both online and in the real world! 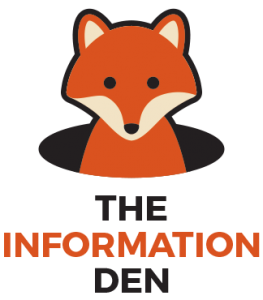